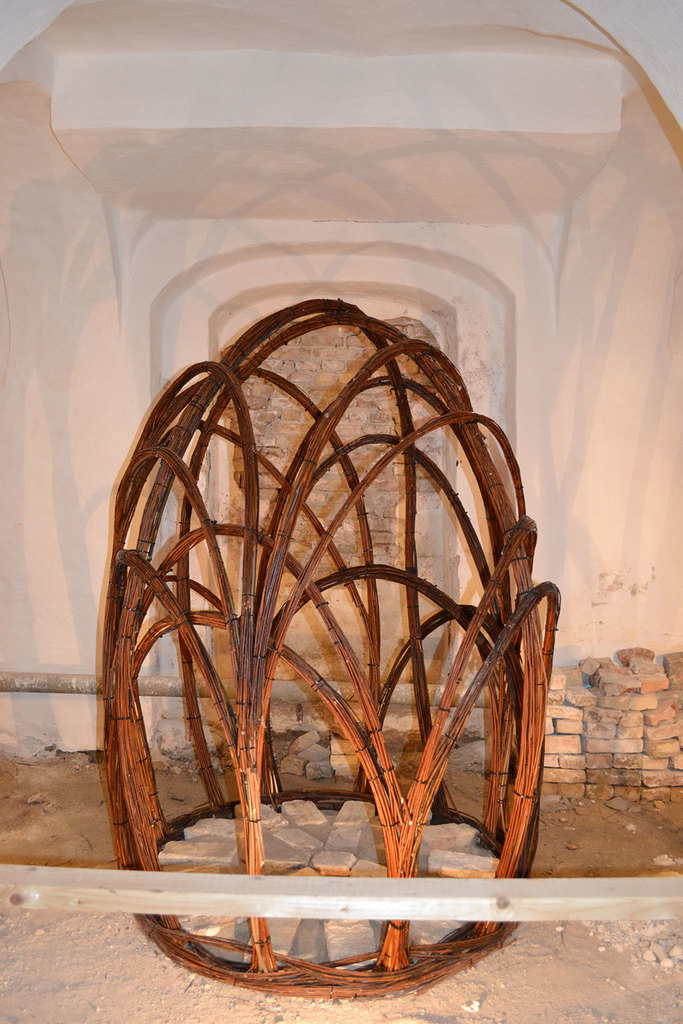 During late summer and early autumn a special exhibition is open at our manor museum at Pederstrup. The exhibition is of sculptural art pieces made from natural materials and inspired by the 18th century romantic view of nature. Lolland-Falster has a very active metal detecting community. They are not directly affiliated with the museum, but there is a very close and constructive relationship between us and them, which sometimes results in excavations on sites with a high amount of prehistoric metal finds. This photo is from such an excavation that took place in august. The local metal detectorist is searching the trench at a place where at least 50 dirhems from the 10th century AD was found. In the heart of Falster lies the beautiful Hannenov forrest. Tucked well away between the trees lies the remnants of an iron age fort. The defensive ramparts consists of banks and ditches that would have been formidable obstacles to any attacker, however they may also have been built for the purposes of display, with their dramatic appearance symbolising the dominance and power of the people who built it. 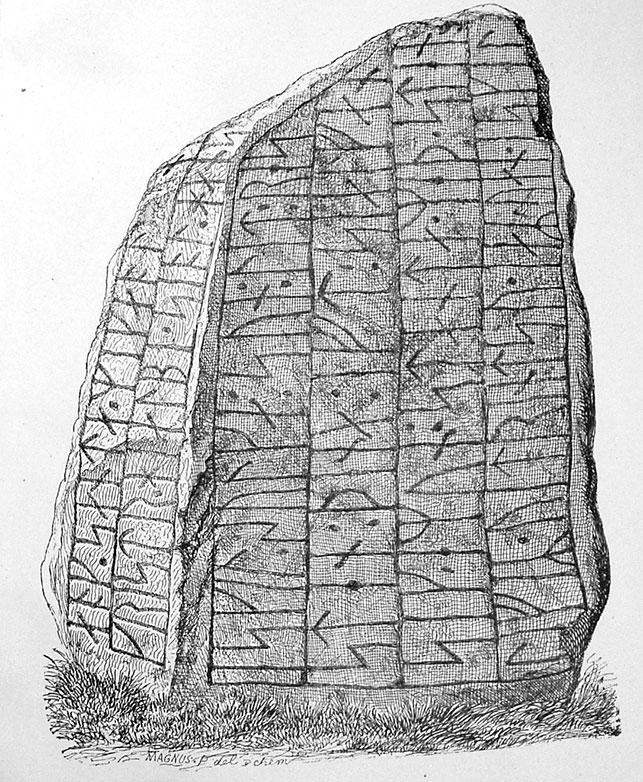 The runic inscriptions are the oldest traces of written communication in Denmark dating to the late iron age. On Lolland-Falster several stones with runic inscriptions have been found. Among others the stone from Tillitse, which has two separate inscriptions of which one dates to the times of early christianity.
The first one reads: “Nothing will change as long as this stone stands, these words were written by Eskil. May Christ and Saint Mikkel help his soul.”
The second inscription (on the back) reads: “Toke made these runes for his stepmother Tora, a noble lady.”
Whether the people mentioned in the two inscriptions are related or the stone was just recycled, is unknown. 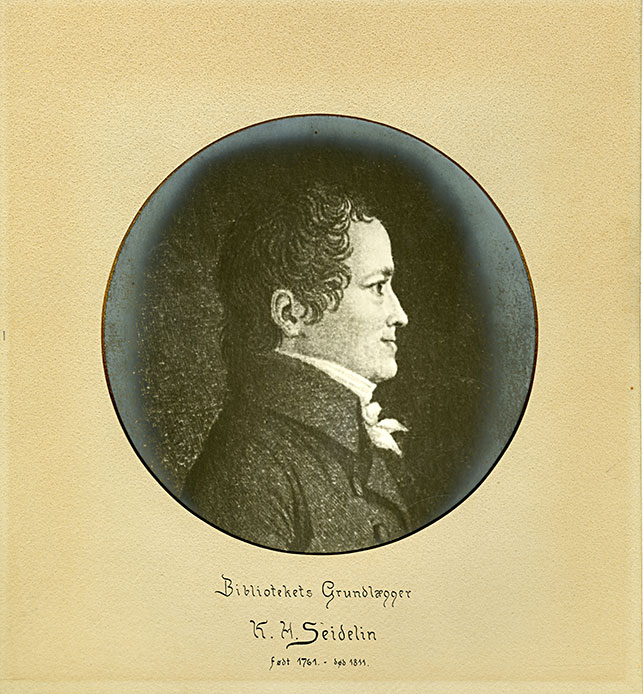 Klaus Henrik Seidelin was a Danish publisher, editor, printer. He was born in Gloslunde, Lolland in 1761 and grew up to be very influenced by the philosophy of enlightenment.
During his time he translated and published many works that shows he was part of the open-minded trend. Seidelin is however most famous for establishing the first public library in Denmark. It was situated in Maribo on Lolland and opened in 1796. Today the original collection of books from this library is exhibited in Maribo. 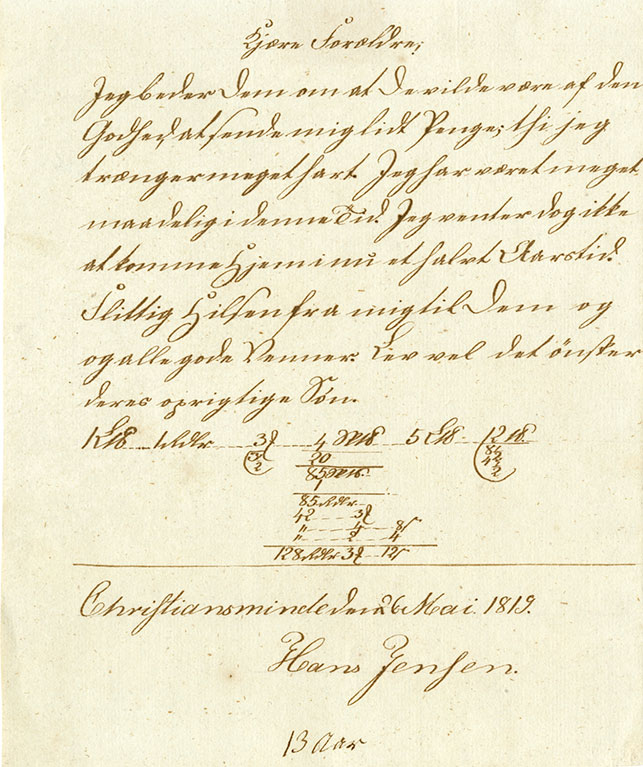 In 1814 general education was made compulsory for all children in Denmark. 2014 is the celebratory year of this event and will be celebrated in schools as wells as museums all over Denmark.
The above picture shows a writing exercise from 1819. It was written by a 13 year old boy by the name of Hans Jensen and shows that the exercise consisted of both a letter written to his parents and a bit of math. 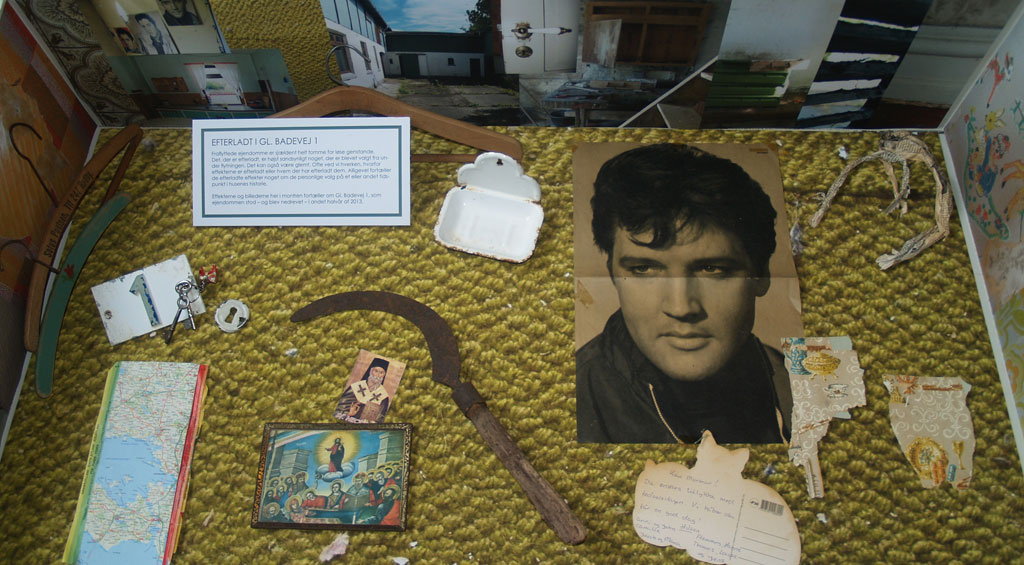 The Femern-project is not only about prehistoric archaeology. The museum’s ethnologists and historians are working on documenting the houses that will be demolished to make space for the new connection across Øresund. The above picture shows artifacts found in a deserted house in Rødby. 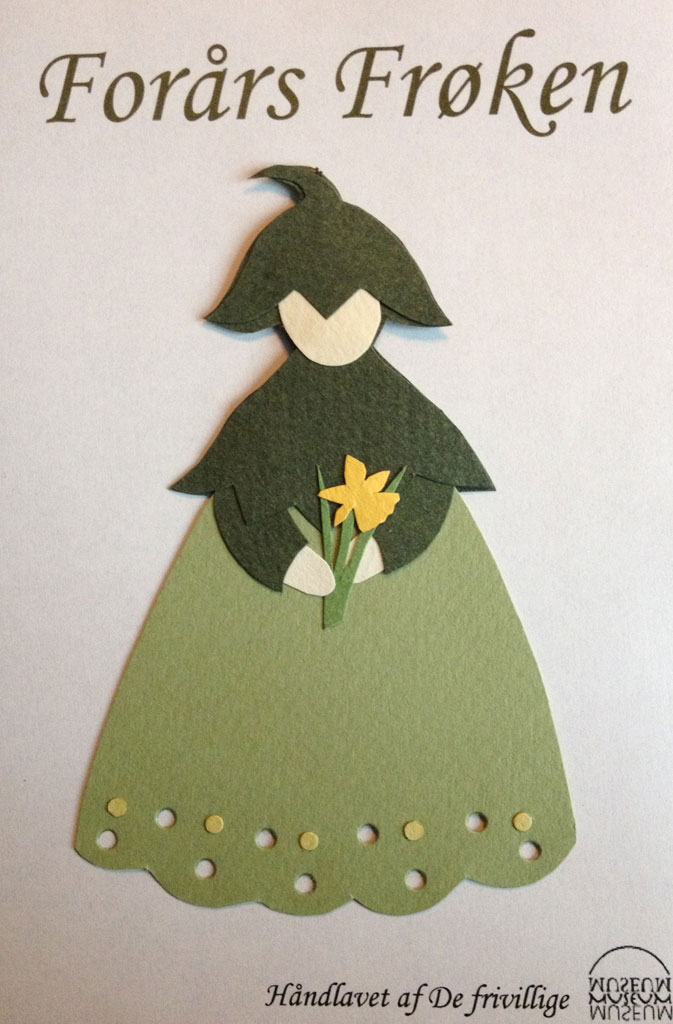 In the museum shop spring is heralded by the coming of the ‘Forårsfrøken’ (miss Spring). The pretty misses are beautifully handmade by a group of volunteers and can be bought from the museum shop in Nykøbing Falster. Museum Lolland-Falster has a new website!
We welcome you to browse our modern and dynamic website. While it is an ongoing process to create content (including translations for our foreign friends), we are really pleased with the result so far. 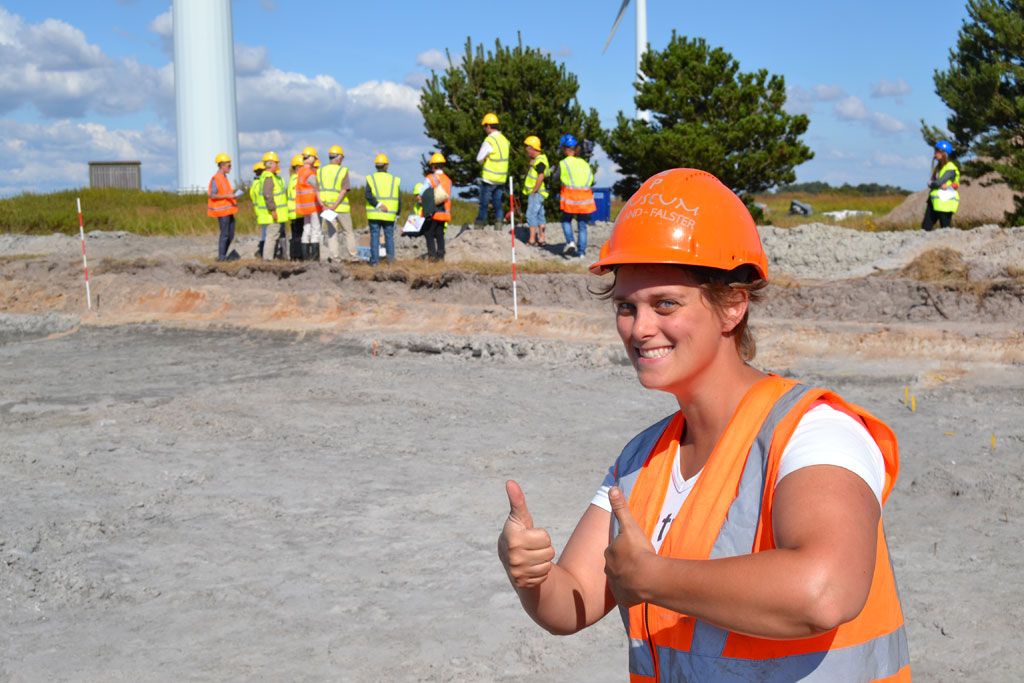 No news from Museum Lolland-Falster without a greeting from the archaeological team on the Femern-project! We were very excited to welcome the Danish Minister of Culture on a visit to the excavations back in early autumn – as shown here by one our archaeologists. Christmas is coming! And what is better at bringing out the christmas spirits than a little snow at the Open Air Museum in Maribo? Home-made pleated christmas hearts is an old, traditional type of Danish christmas decoration.
These particular ones were made by local enthusiast Knud Vægter from Falster, who has perfected his skill through a lifetime. 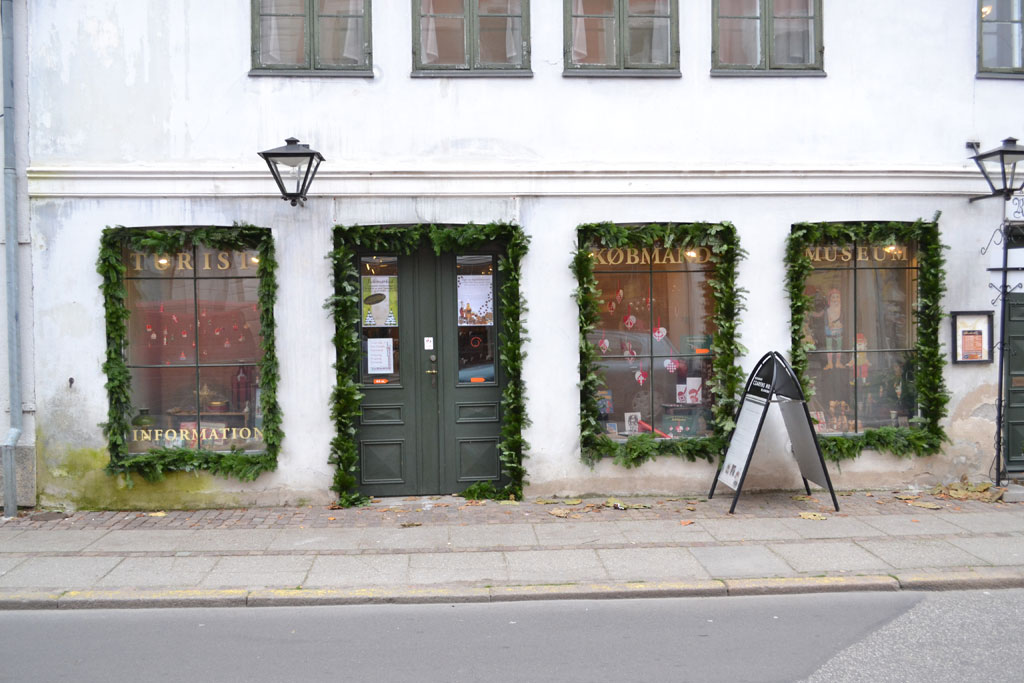 The old museum shop in Nykøbing Falster has been dressed up for christmas!
We all wish you a merry christmas and a happy new year! Summer is ending and the colours are changing on the trees at the Open Air Museum in Maribo. The trees are full of ripe apples that are used to make cakes and apple juice for the last visitors of the season. The first full-scale archaeological excavations have begun in Rødbyhavn! The excavations are part of the huge project of documenting the area before the building of the tunnel between Germany and Denmark begins. The project will run for several years and we’re looking forward to the exciting results! 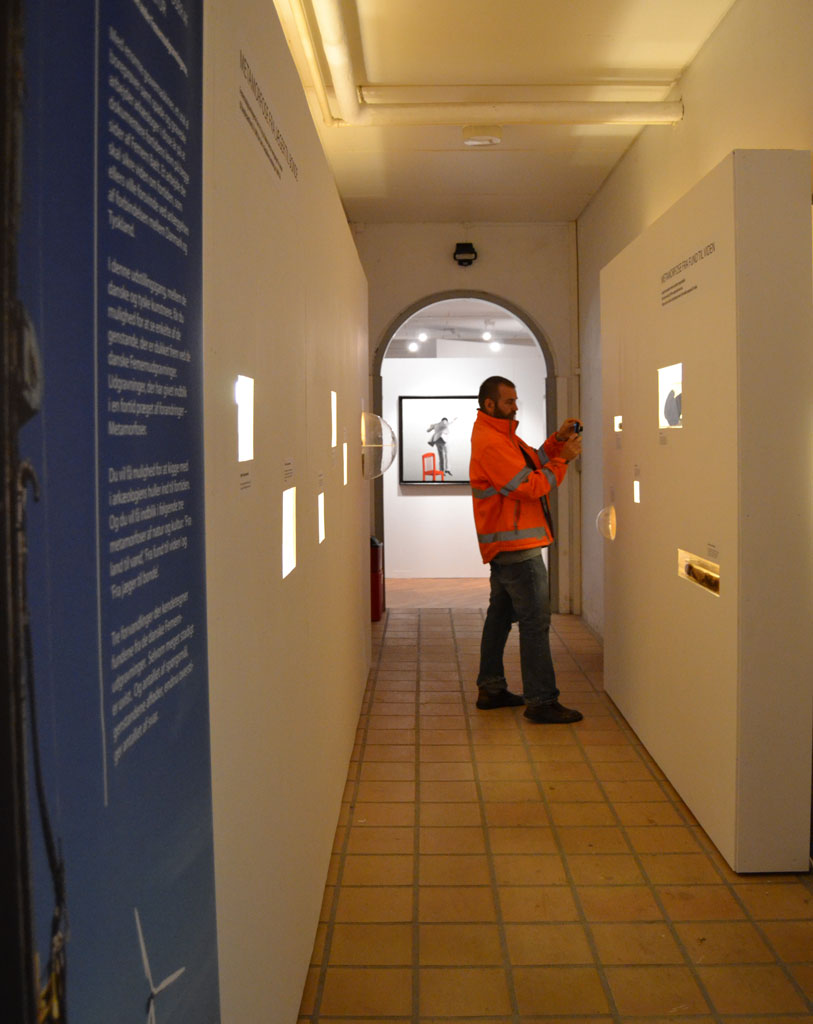 In August the museum once again hosted the festival  ‘Lys over Lolland’ (Light on Lolland) at the Pederstrup Manor. Among art exhibitions and jazz concerts the museum provided the festival with a small exhibition about the archaeology of the Femern project. In the beginning of autumn the museum staff went on a field trip to the Latvian capital of Riga. As well as enjoying great food and company, the trip included visits to several museums – among others an open air museum outside Riga. At Museum Lolland-Falster summer is heralded by the opening of the open-air museum in Maribo in May. A variety of characteristic country houses are on display here where you can see how life was on Lolland and Falster in the 19th Century.  When the weather is right it makes for a beautiful summer outing.
Foto: Museum Lolland-Falster. Summer also means the opening of the Pederstrup Manor that houses the museum of C. D. F. Reventlow. He was an important figure in the 18th Century and was one of the people who were behind the major reforms of Danish society which took place around 1800.
The museum exhibits the Reventlow family's personal objects as well as furniture and art from the time period.
Foto: Museum Lolland-Falster. 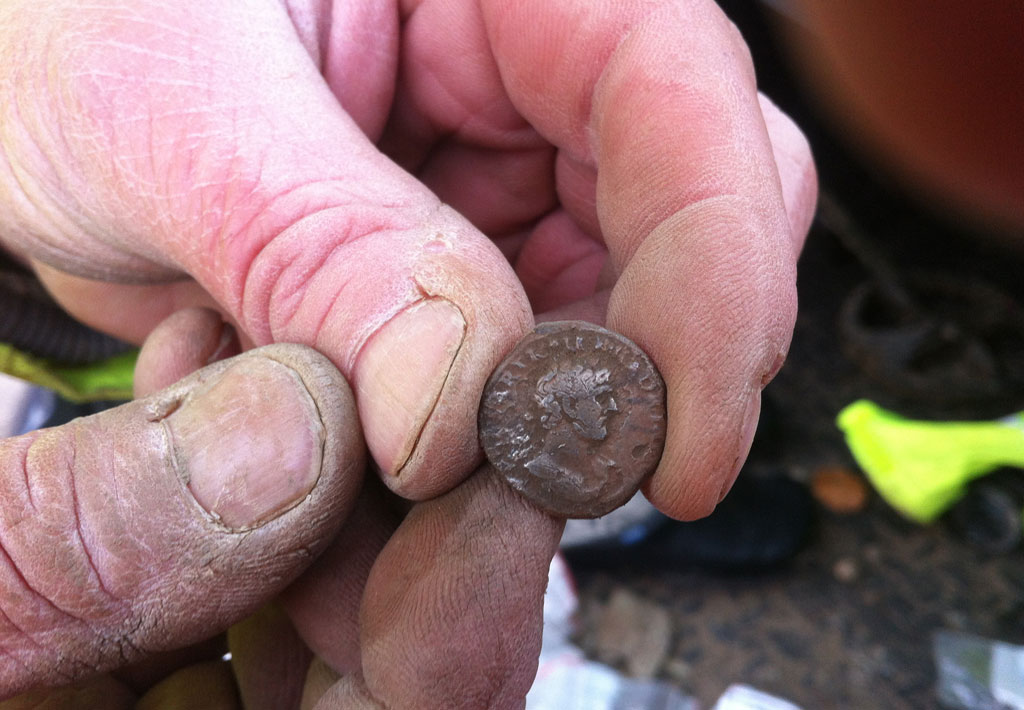 The best archaeological find this spring was that of an Iron Age treasure consisting of 116 Roman coins dating to the 3rd Century A.D. The very well-preserved coins will be exhibited in Maribo this summer along with other spectacular Iron Age finds from Lolland.