Easter and spring in Estonia 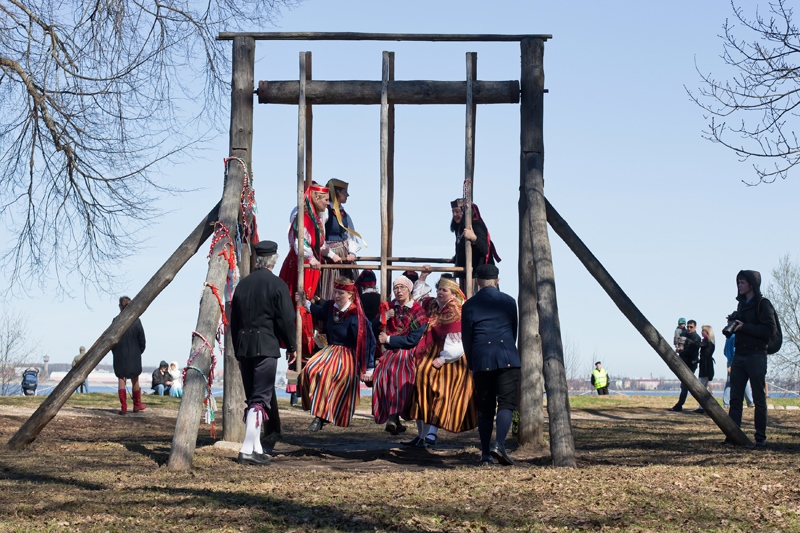 Although Easter is one of the most important Christian holidays, its traditions are blended with age-old folk beliefs and customs. The literal translation of Easter in Estonian, lihavõtted, is „meat-taking holidays“, hinting to the preceding forty-day Lent. In popular usage Easter is also called egg holidays, spring holidays and swing holidays.

Easter marks the beginning of spring gatherings and merrymaking of the village youth. The most widespread holiday tradition and spring entertainment was riding on the swings. This was supposed to ensure good crops and flax growth as well as bring good luck in one´s private life. 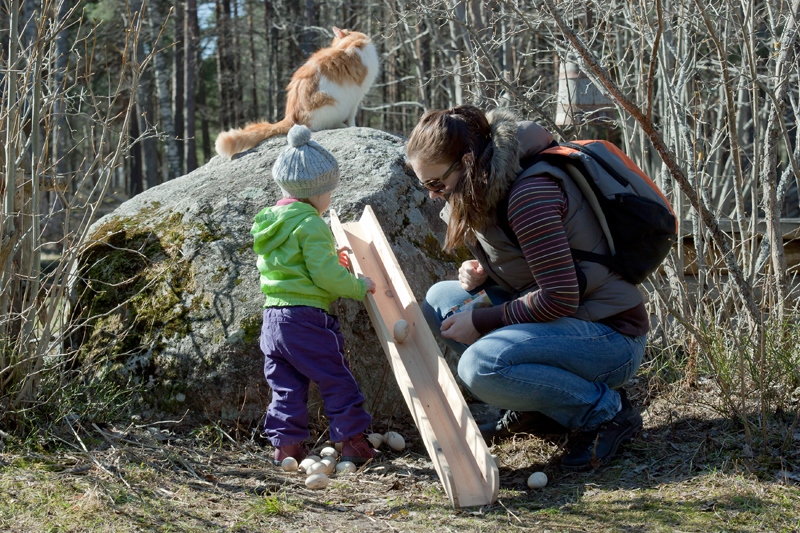 Dyed eggs have become an essential part of the Easter tradition. One of the most beloved Easter games is egg knocking. One holds a boiled egg and taps the egg of another participant, intending to break it, without breaking one´s own. Egg rolling is not so widespread in Estonia anymore. Decorated eggs were rolled down slopes in sand or grassland – the contestant whose egg touched that of another player or whose egg rolled the farthest got a prize. 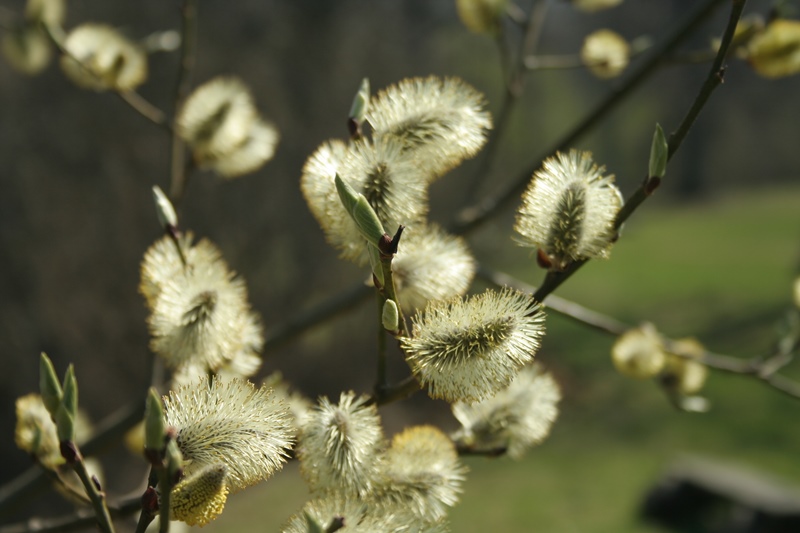 It is customary to bring willow catkins home for the Easter. In the early hours of Palm Sunday members of the household were beaten with willow twigs to make them more industrious, stronger and healthier. In Northern countries willows serve as a substitute to palm leaves, symbols of the triumphant entry of Christ into Jerusalem.

Easter postcards made their way to Estonia after the First World War. Following European examples, they mostly depict themes connected with fertility and rebirth of nature in the spring – eggs, chicks, willow catkins, lovers or children, natural scenes, flowers and Easter Bunnies. In Estonia, the latter became popular only since the 1920s. 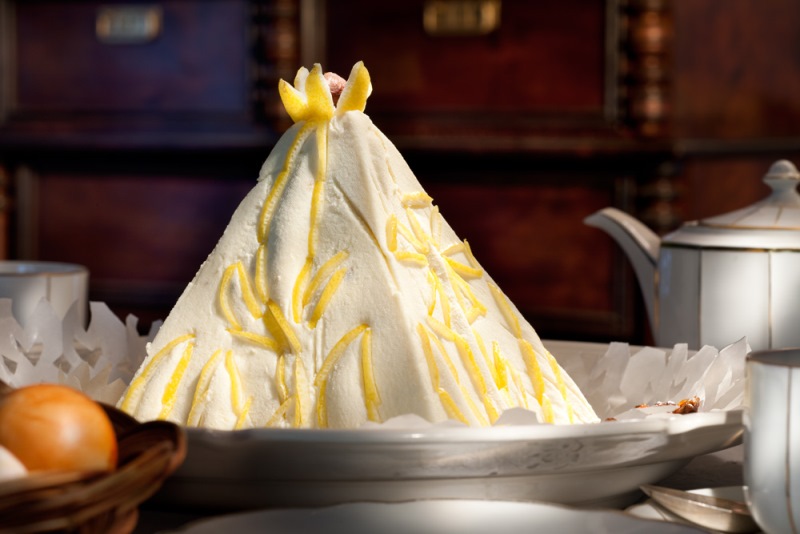 The joyous and merry spirit of Easter is also reflected in the traditional menu – after a long period of fasting it was now allowed to eat meat again. Easter dishes are cooked with plenty of cream and butter, not to mention curds, boiled eggs and various egg dishes. 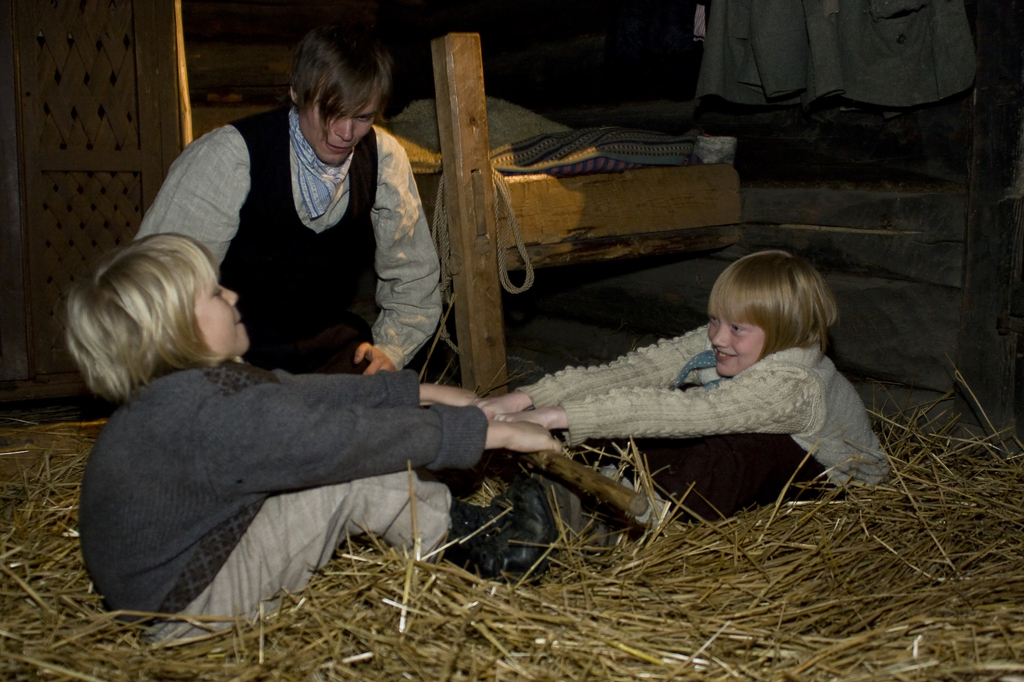 Through ages, Christmas has been the most important holiday in the Estonian folk calendar. The customs of the age-old festival of the winter solstice have blended in with the Christian tradition, making up the most beloved and the most-awaited celebration of the year. This is the time to take a rest, rejoice, play and sing in the family circle as well as good friends. 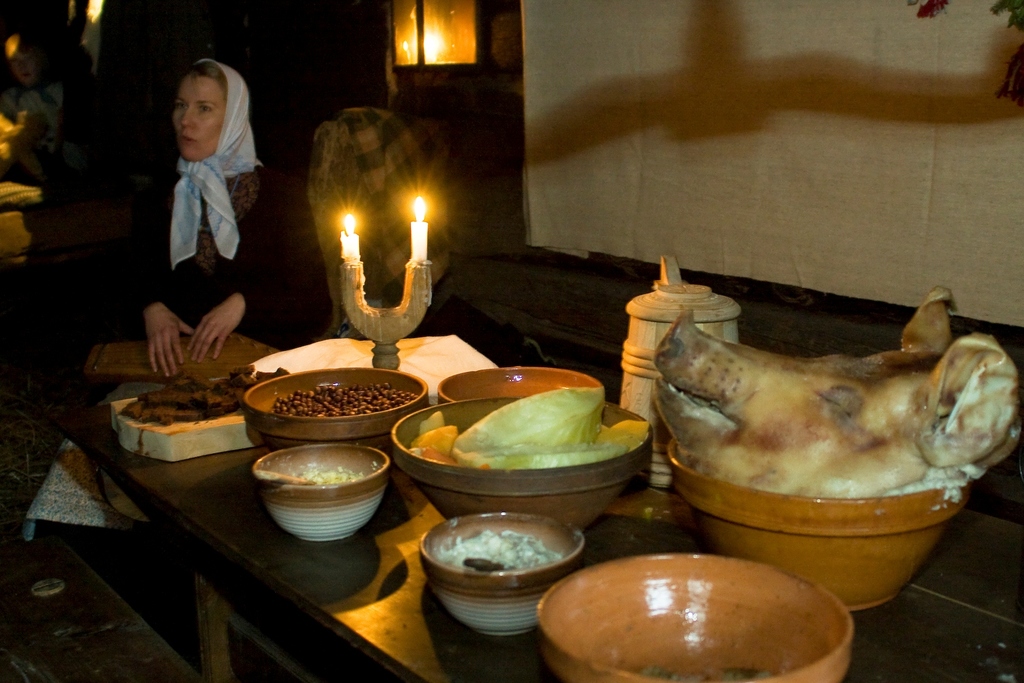 The darkest time of the year brings along both reflective and merry moments. At the Estonian Open Air Musem one can get acquainted with the Christmas traditions of Estonian village folk. At Yuletide the museum’s old farmhouses become alive, their rooms are filled with flickering candlelight and delicious smells of holiday dishes. 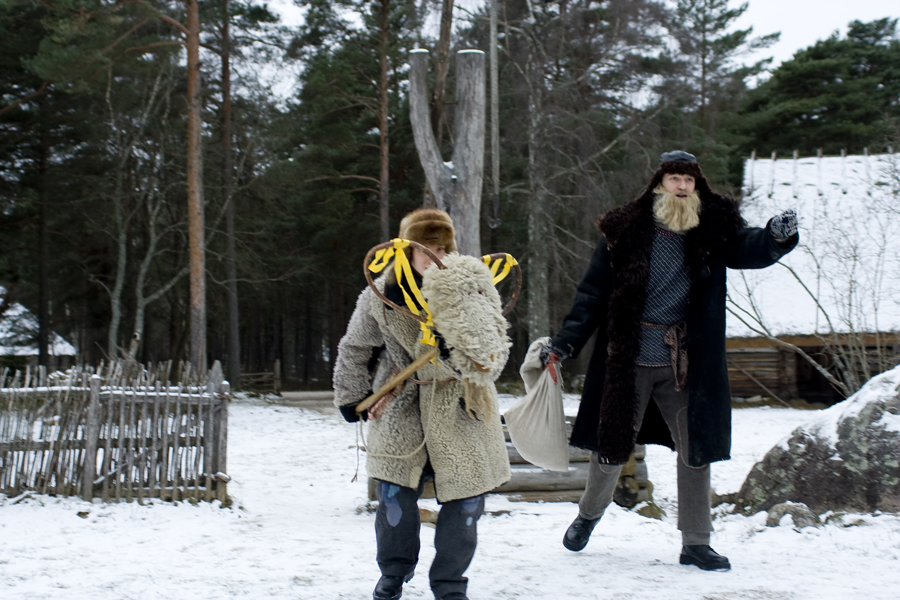 The visitors can enjoy the Christmas celebrations of our anchestors, play traditional Christmas games, meet the rustical Santa Claus, listen to beautiful concerts in the old chapel and take a sleigh-ride in the forest park buried in the snow. Hopefully one can experience the Christmas spirit here as well as find a grain of wisdom about the bygone days. 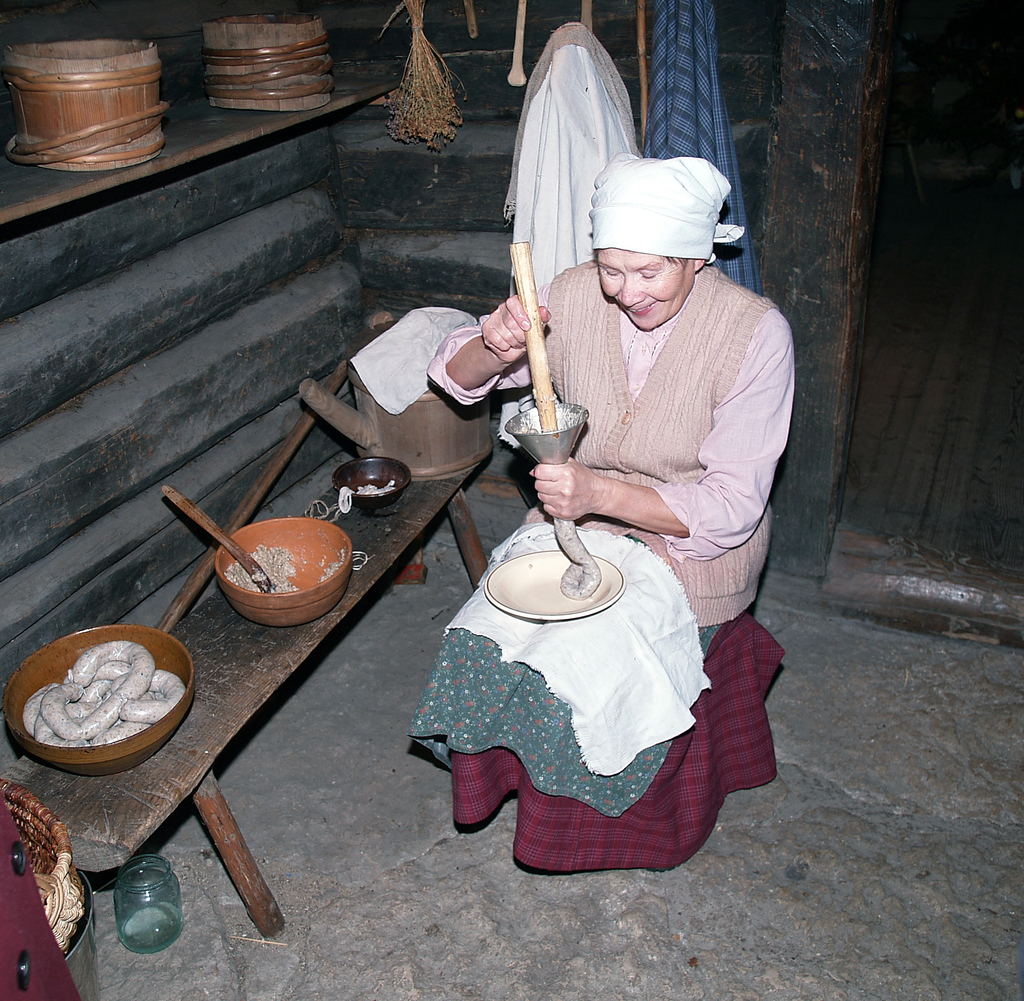 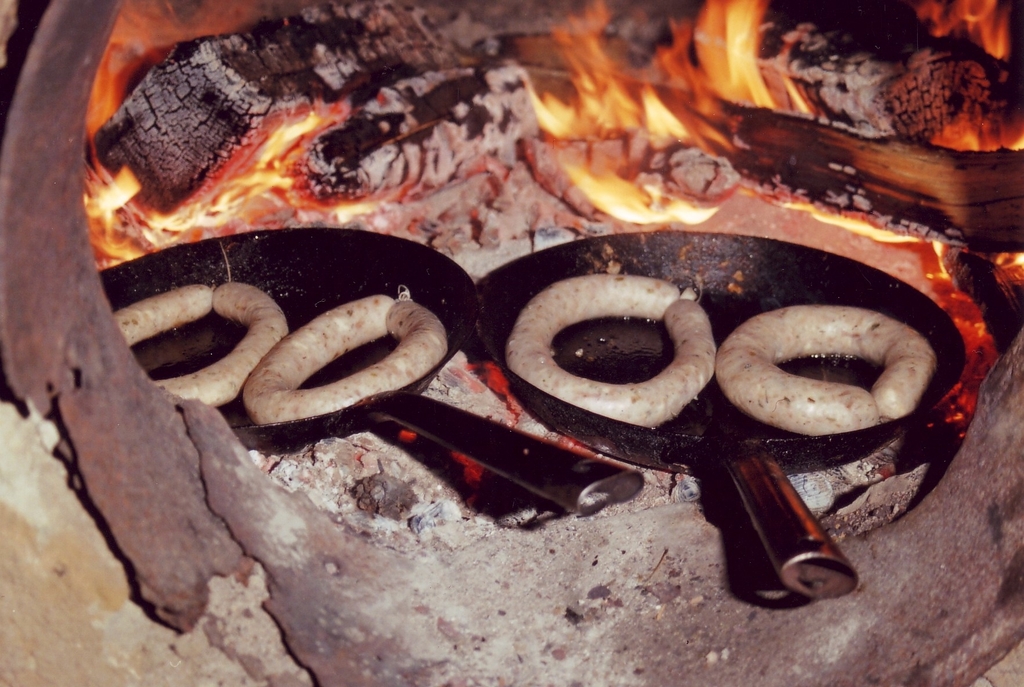