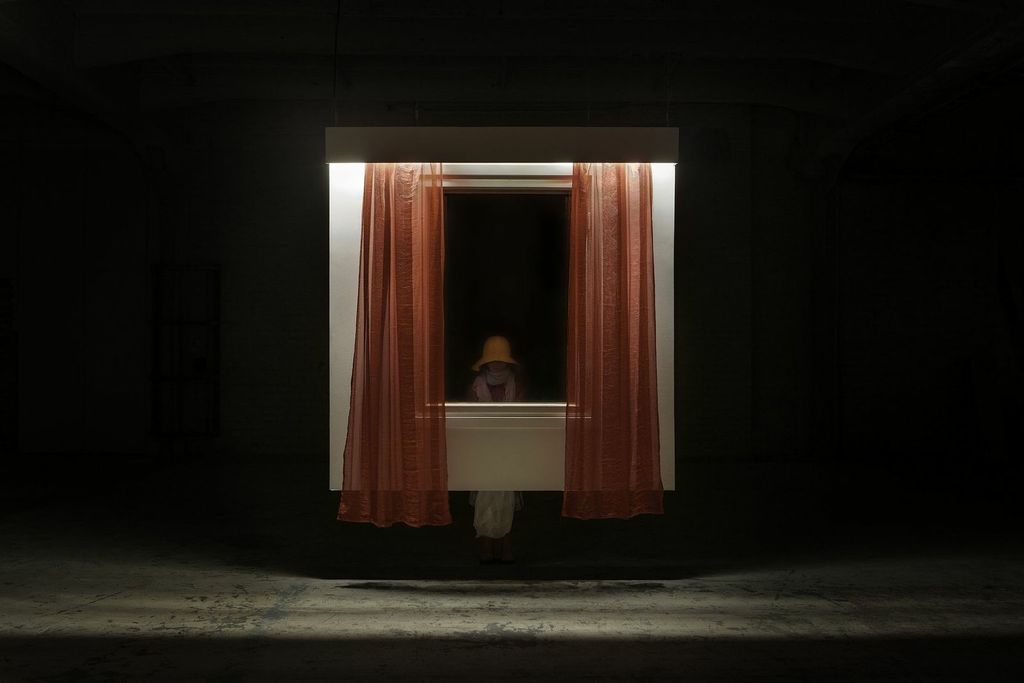 There is an annual tradition of choosing ”The young Artist of the Year” in Finland. The prize is granted by the Tampere Art Museum and the winner at 2013 is Jarno Vesala (b. 1977). He now hosts an exhibition in Aboa Vetus & Ars Nova. Vesala´s works are installations often containing a human figure. By combining sound and moving images, Vesala creates works that emanate atmospheres that can be sensed powerfully. 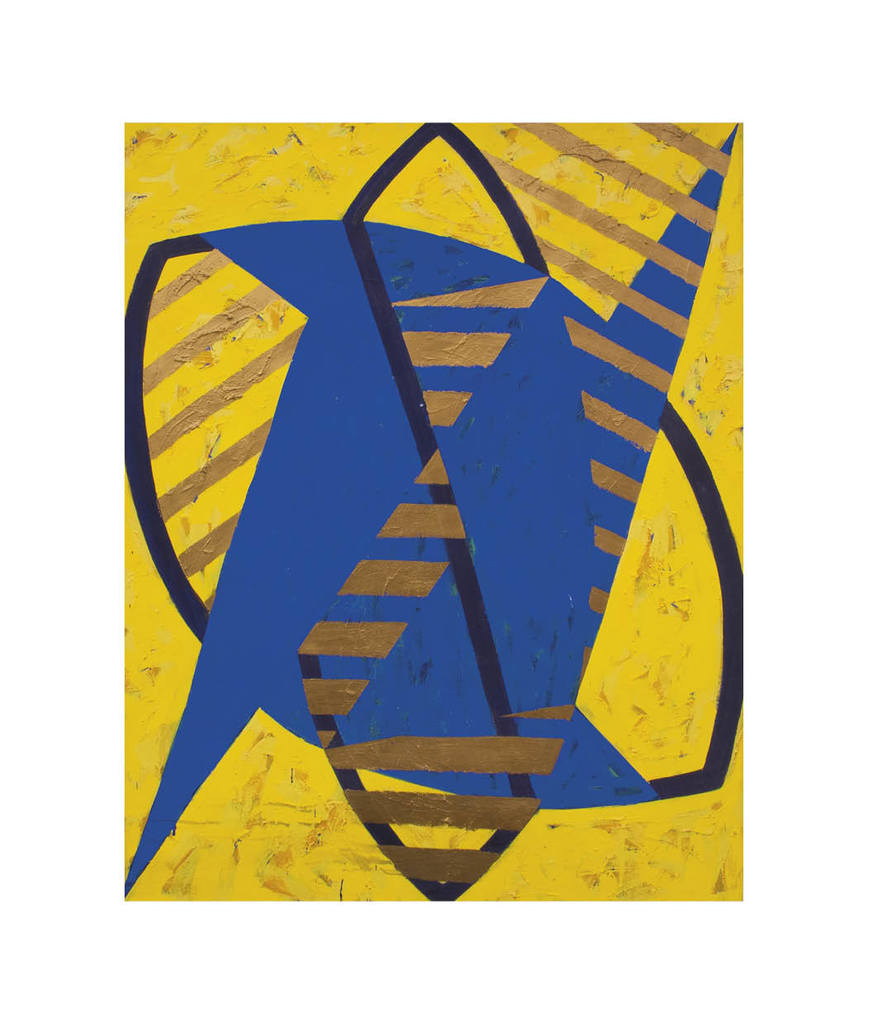 The museums art collection i.e. Matti Koivurinta Foundation art collection is an essential part of the work of Aboa Vetus & Ars Nova. The exhibition Blue Velvet presents a snapshot of collections from the 1980s - art, its creators, and the forms it took in works. Instead of being declarative, the exhibition answers the question “How do the 1980s emerge in this art collection, and what is the legacy of that decade?” 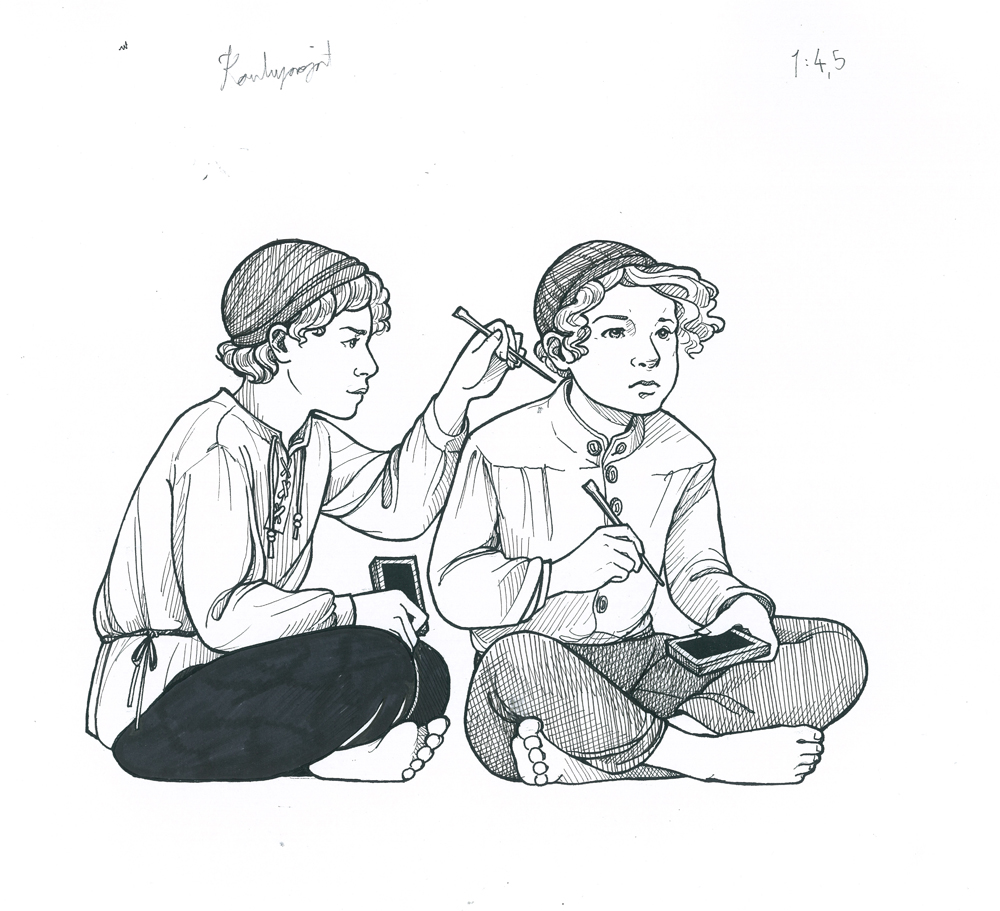 The exhibition ”Letter by Letter – Traces of Reading and Writing” starts in December 2013. It opens up recent research involving literacy, clarifying what we can learn through archaeological artefacts about reading, writing and language in the Middle Ages and after. The illustrations in the exhibition show moments of the history of literacy. Medieval schoolboys making notes on the wax boards and following or not following the lesson. Drawing: Riikka Soininen, 2013. 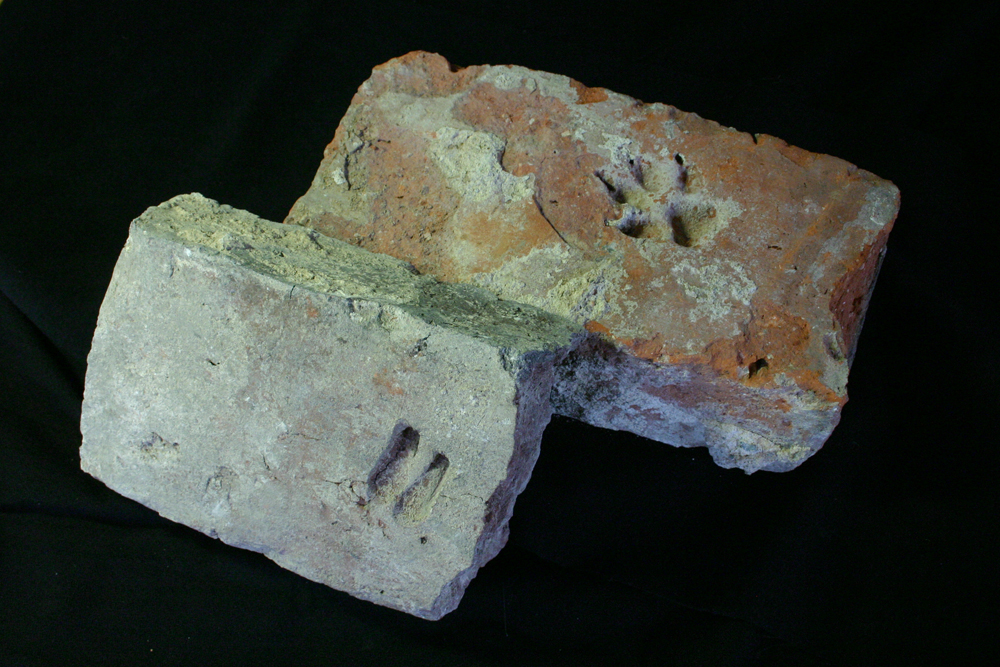 Information about the medieval buildings in the museum area is gained by regular archeological excavations. Houses in the Convent Quarter were frequently built of stone and brick. Bricks were usually made near the building sites. Sometimes animal footprints are visible in the bricks. They were formed when animals walked on the drying bricks. On the left you can see a footprint of a sheep or a goat and on the left a pawprint of a dog. Photo: Aboa Vetus & Ars Nova / Ulla Clerc. 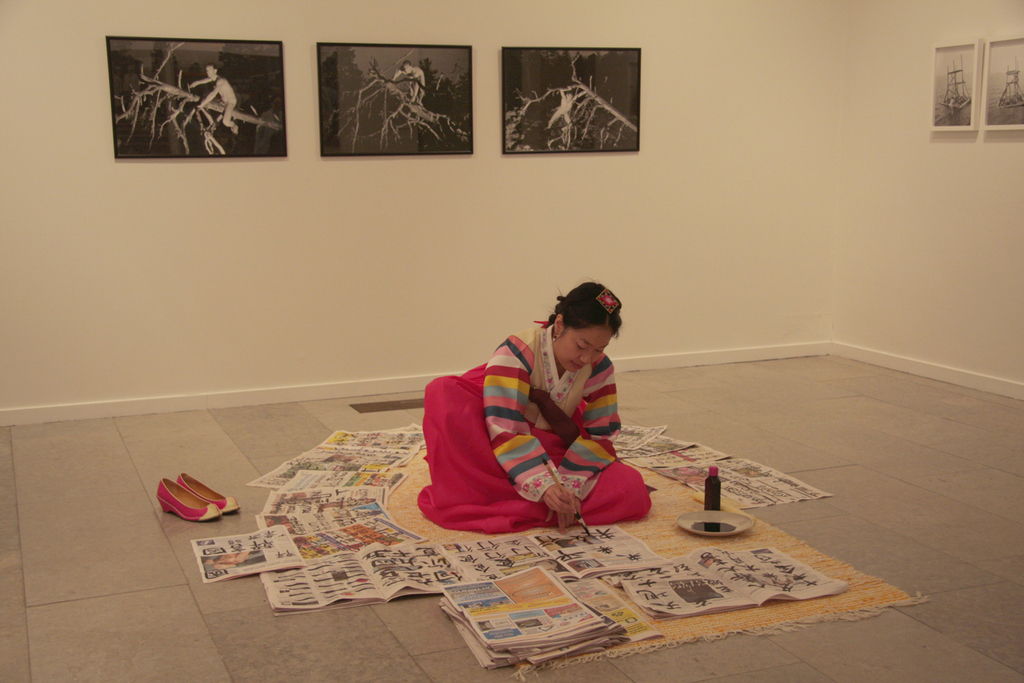 Aboa Vetus & Ars Nova`s spring exhibition Here and now. Performance art in Finland displays a wide collection of Finnish performance art. There are also live performances like this on by Korean artist Mary Song. The performance was called Black Eyes (kamagnun) and it was a reflection on the nature of language and the tradition of calligraphy. Photo Aboa Vetus & Ars nova / Silja Lehtonen. 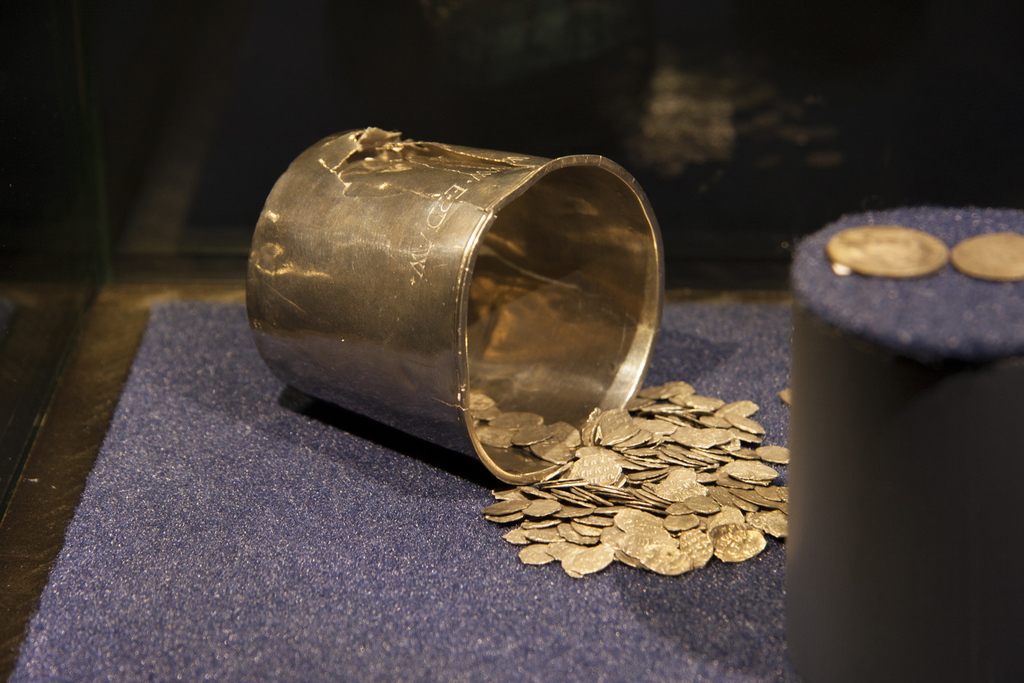 On the historical side of the museum, At the End of a Rainbow – Treasures and Treasure Tales is an exhibition that brings together a collection of archaeological treasures and folklore about the magical sphere of treasures and hiding. This silver chalice filled with coins was stashed in Porvoo during the Russian occupation known as The Greater Wrath in 1713-1720. Photo Aboa Vetus & Ars Nova / Jari Nieminen. 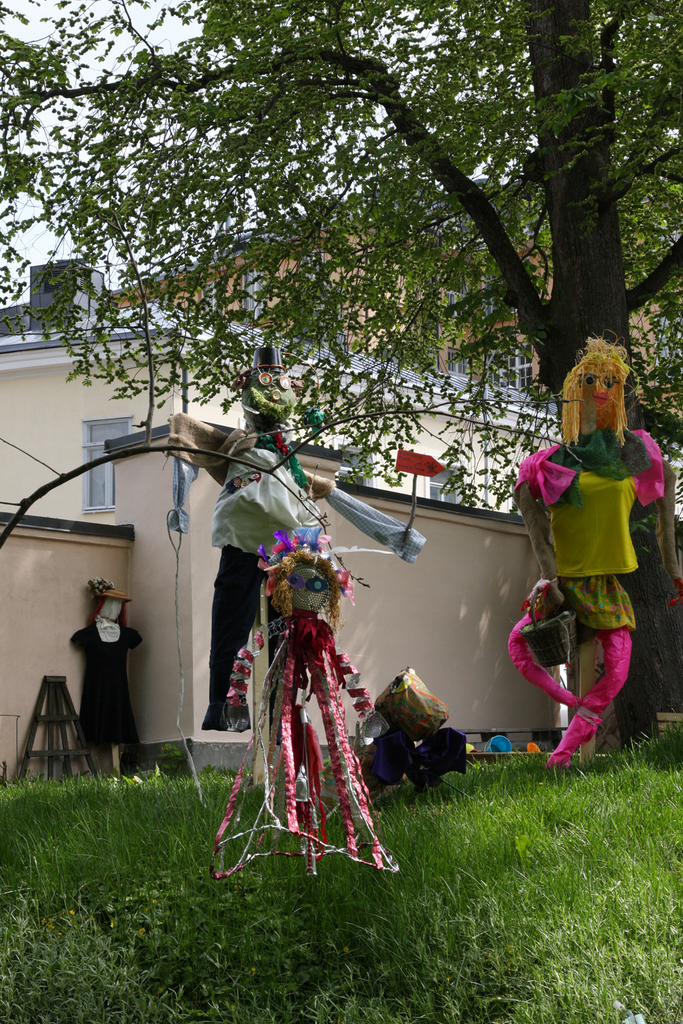 A few years back, we invited people to do their own scarecrows or bird scarers at the museum, in preparation for the summer. This weekend course was part of the exhibition Not to be framed that presented outsider and contemporary folk art from Finland and Europe. Photo Aboa Vetus & Ars Nova / Johanna Lehto-Vahtera. 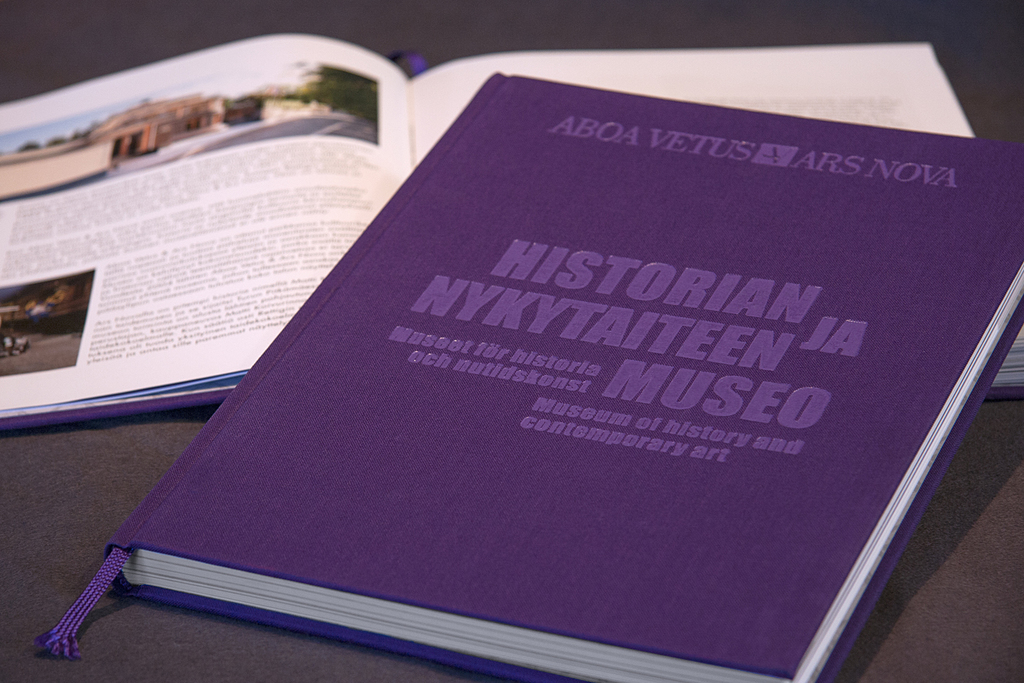 We published a new book this winter! Our purple publication opens up a variety of views of the activities of Aboa Vetus & Ars Nova, a museum of history and contemporary art. It is written in three languages: finnish, swedish and english. Photo Aboa Vetus & Ars Nova / Jari Nieminen 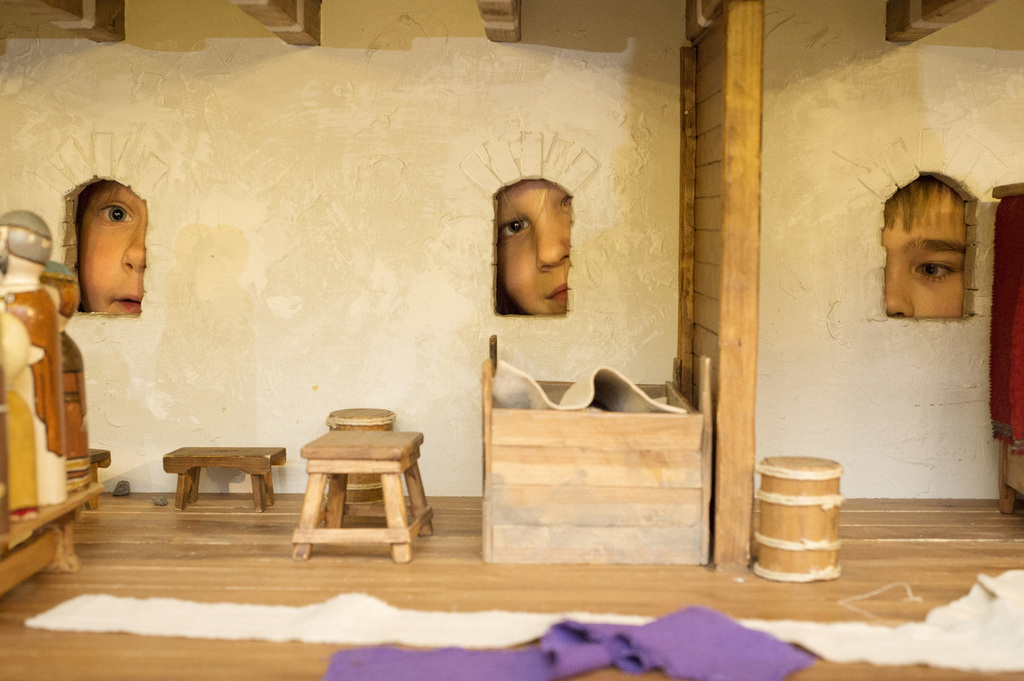 Spring is always a busy time in our museum because we have many school groups visiting us as part of their spring field trips. Here are some children looking through the windows of our medieval dollhouse. Photo Ari Korkala / Studio Valoisa Nauris. 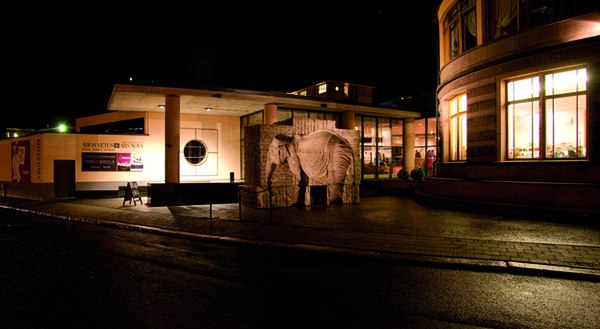 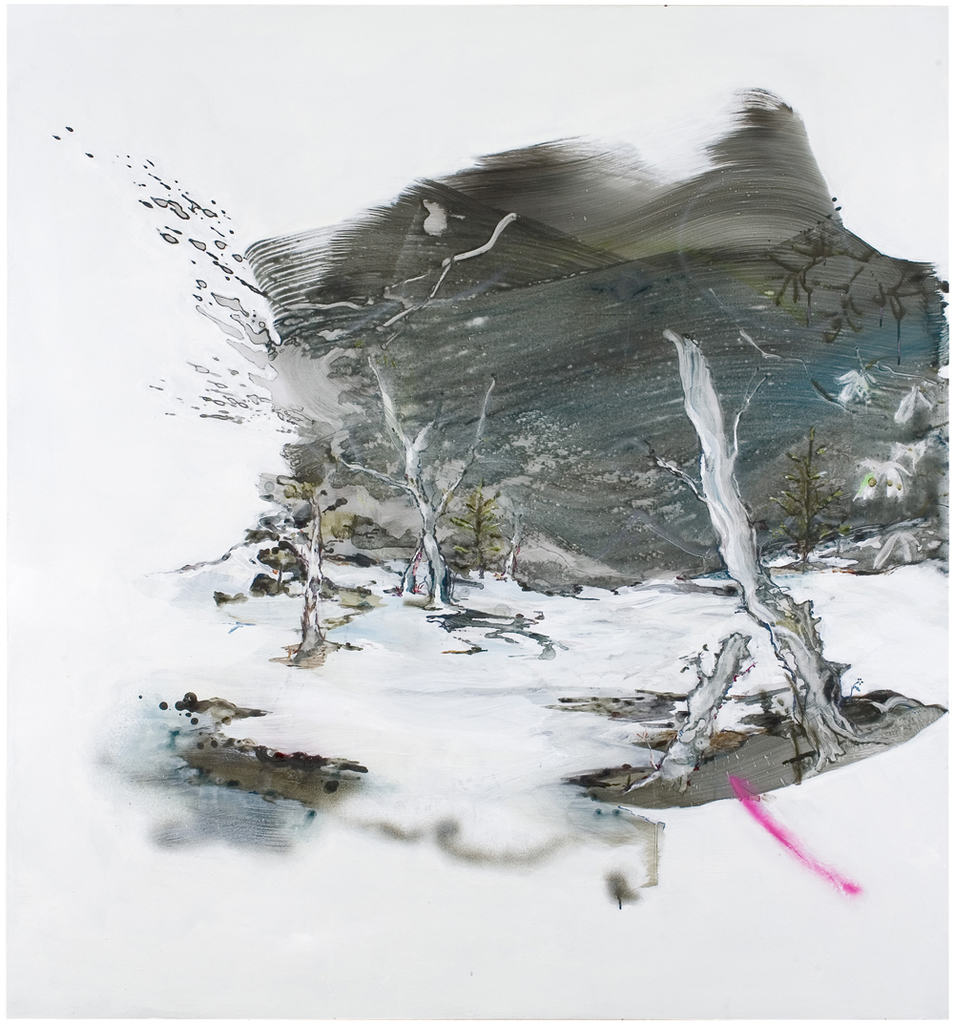 A private exhibition of Anna Tuori (b. 1976) is on display until January 2013. The melancholic landscape Annabel Lee (acrylic and oil on board, 130x140 cm, 2009) refers to Edgar Allan Poe’s unattainable muse with the same name. Photo Galerie Anhava. 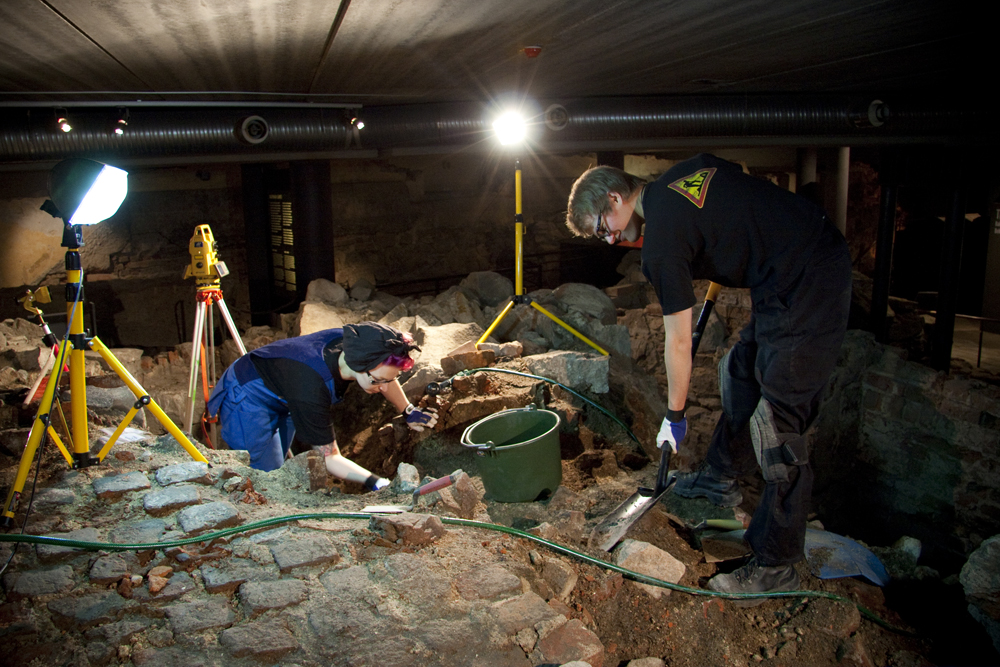 The museum includes an underground area of ruins, where the genuine constructions tell the history of the oldest city in Finland. There are archaeological excavations going on regularly. Photo Aboa Vetus & Ars Nova / Jari Nieminen. 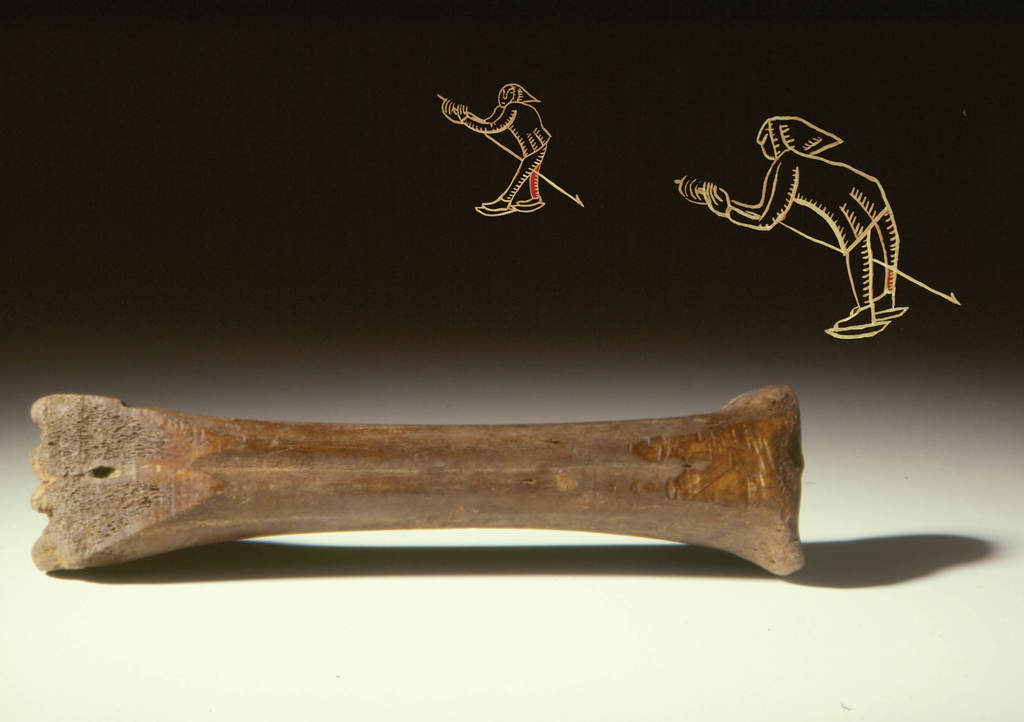 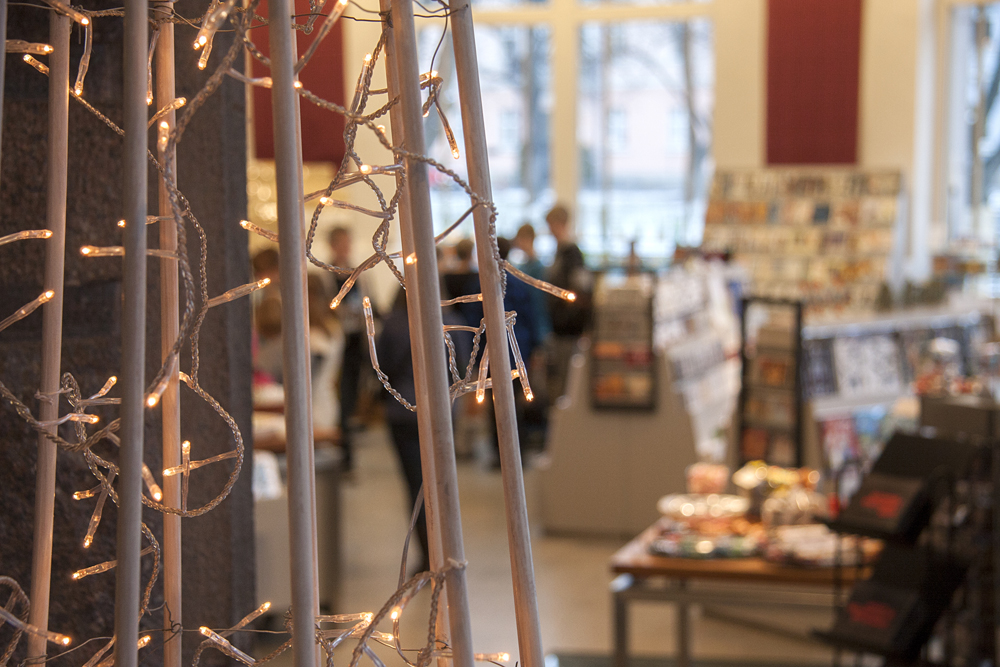